Everything Everywhere All At Once

Everything Everywhere is a story about life and love and family and humanity and a bunch of other things… all at once. Driven by a superb performance by Michelle Yeoh, Everything is likely to end up the year’s wonkiest movie, and one of it’s most satisfying. Yeoh plays Evelyn Wang: wife, mother, and co-owner of a laundromat with her husband Waymond (Ke Huy Quan). When we first meet her she’s trying to make sense of a stack of receipts, in preparation for an IRS audit meeting later that day. But a funny thing happens on the way to the audit. Waymond abruptly changes personality, explaining quickly that he’s not her actual husband, but a version of him from another timeline, the Alphaverse. He’s been searching the multiverse to find the right version of her, the version that is best suited to save everyone from an ultimate evil. Thus begins Evelyn’s manic universe-hop, acquiring skills, aided by weird tech and strange instructions. All this, and she still has to face her tax audit, managed by a humourless IRS agent played by Jamie Lee Curtis. The magic here is how the directors and their team manage to get us through the complex multiverses and utter madness, without losing the plot.–Original Cin

“It’s impossible to describe. It’s unlike anything you’ve ever seen. It’s the best American movie in years, and certainly the best movie to hit theaters since the pandemic began.”—/Film

“It’s a film that gleefully, hilariously subverts expectations at every corner, borrowing à la music videos from pop culture, experimental film, and any corner of the universe it finds inspiration in.”—The Film Stage 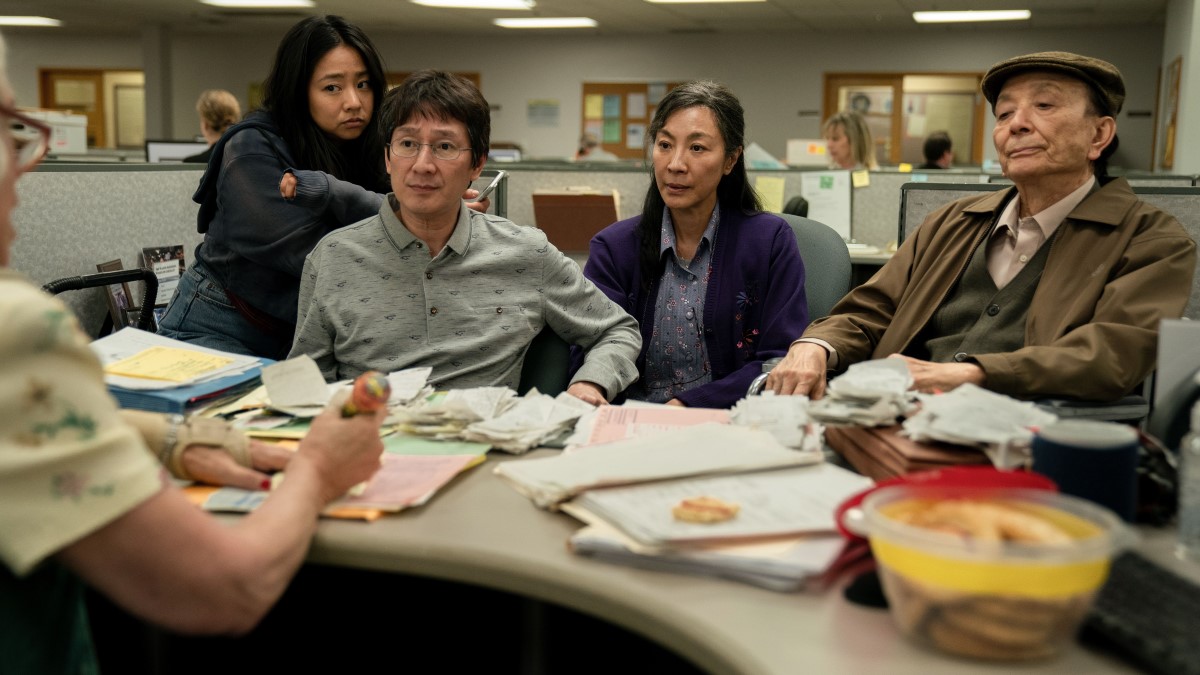 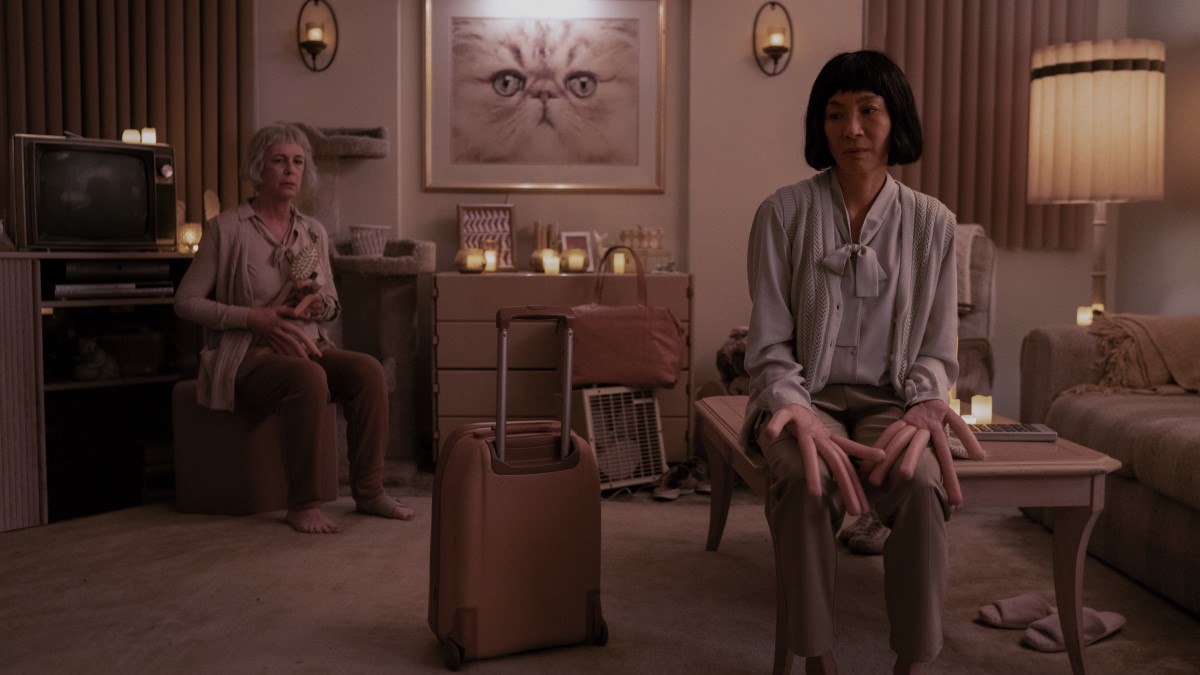 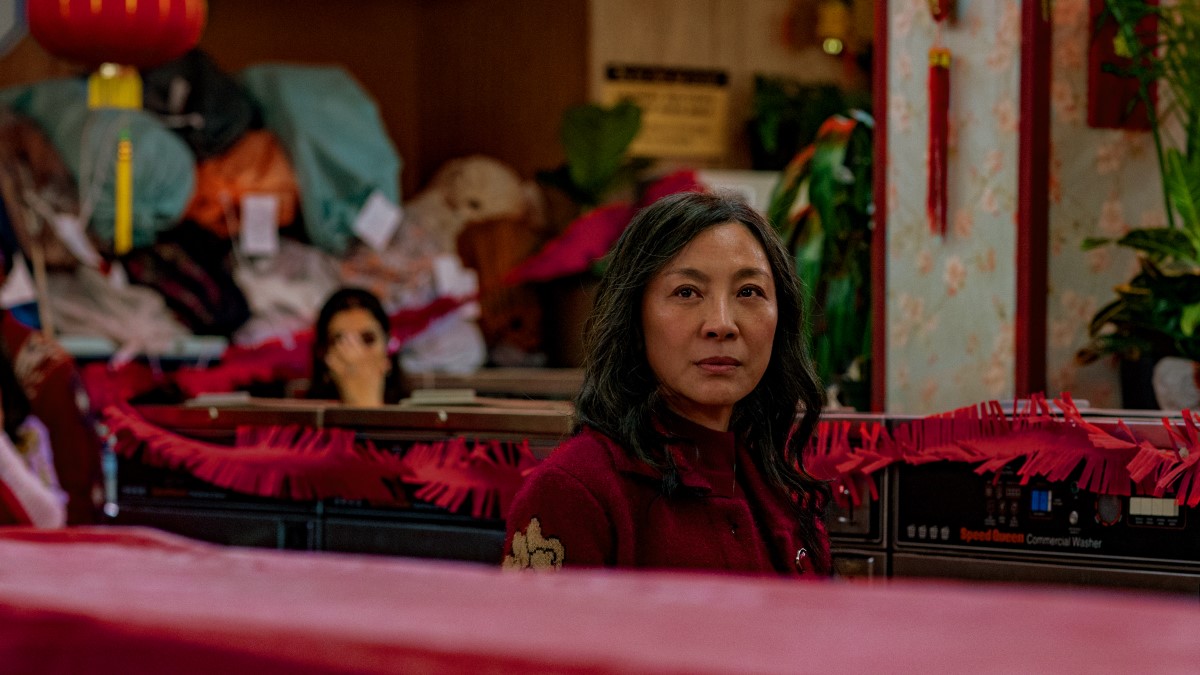